A few people have asked about the camel shorts I was wearing at LFW – am happy to hear that they were a success as I had made them DIYed them very late the night before – out of a pair of big shorts I had bought in a thrift store for less than a pound. If you’ve followed me for a while you’ll know how much I love to make cute shorts out of trousers. I never buy shorts – that’s how committed I am to DIYing them  (and I guess also an indication of how easy it is to do!) 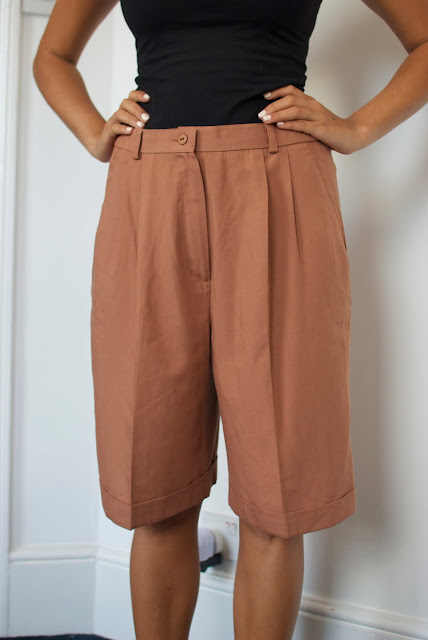 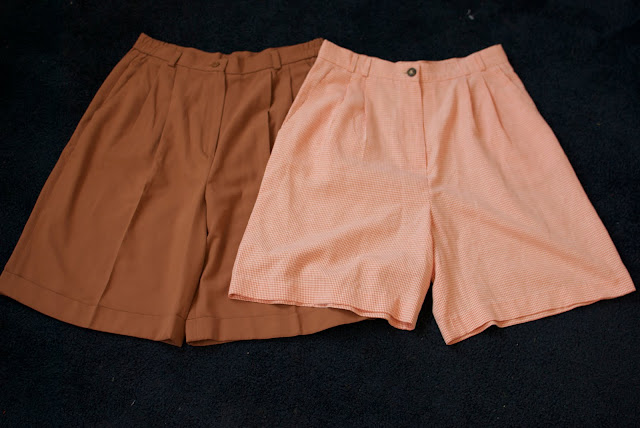 To make them I followed the following steps:
1. Pulled them up to high waisted and pinned and then sewed a series of pleats in the back.
2. Checked the leg length I wanted in a mirror by rolling them up, marked with chalk to show the minimum length.
3. Cut some fabric off the bottom so the hem wasn’t too bulky (making sure to cut less than I though I should because its always better to cut too little than too much – take it from someone who has ruined many a or skirt or pair of shorts being over-eager with the scissors).
4. Rolled them over at the bottom three or four times to the desired length. Ironed flat.
5. Used a very light stitch to secure the hem – making sure to do a very fine stitch on the outer side of the shorts so it was barely noticeable.
6. Ironed the hem and pleats flat. 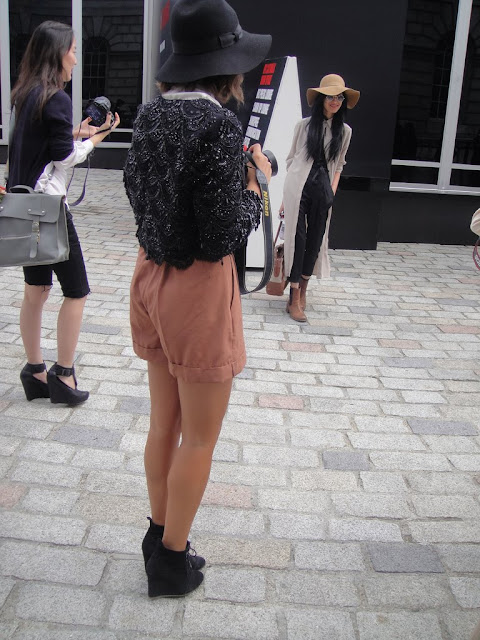 I can’t say they were perfect but they were good enough (always my motto when DIYing!)

Want to start sewing? We’ve got the perfect project for you… Hey...

DIY Tiered Off The Shoulder Dress