How to: Pineapple Vase A few of you have already commented on the pineapple vases we had at the opening of our studio workshops, so I thought it would be fun to show you how we made them. We were running around like crazy ten minutes before and I had kind of written off the idea of making them because we had so many other things to do but Alanna wasn’t going to let it go that easy – and I’m so glad we did, it took only a few minutes and ended up being the centre piece of the space! This is a pretty simple project but I thought I’d share the steps anyway. 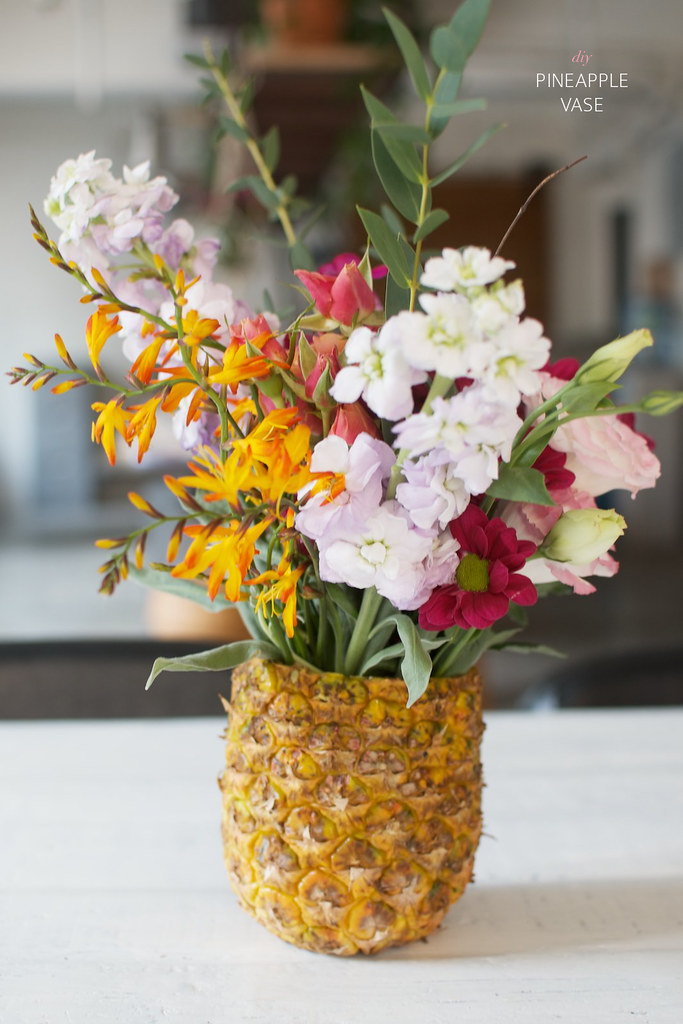 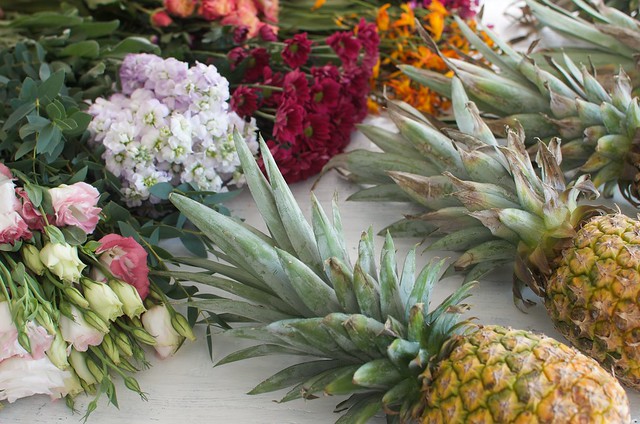 1. Start by cutting the top off the pineapple, but make sure not to do it too far down as you won’t have much vase in that case. 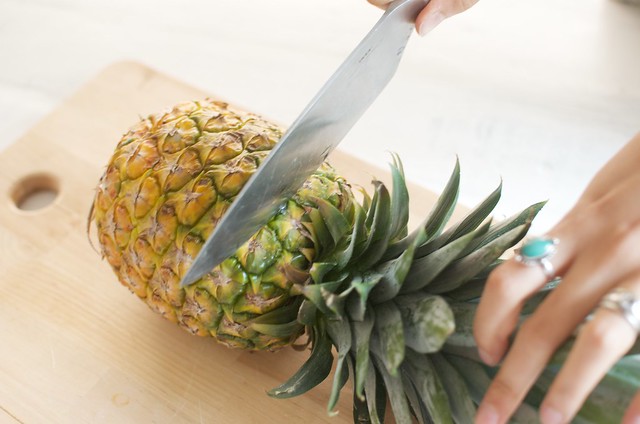 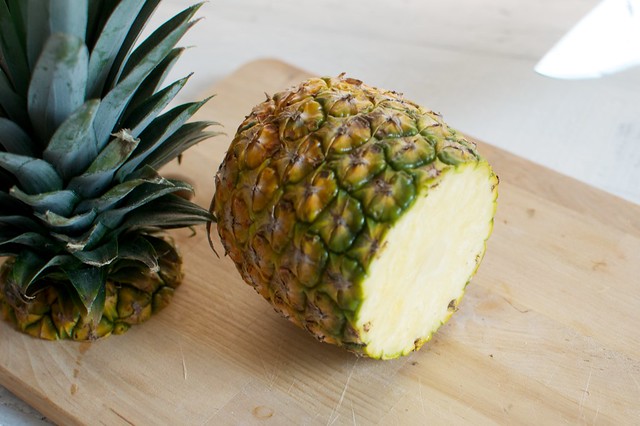 3. With a knife, carefully cut around the inside of the pineapple, leaving about 2.5cm (1 in) of outer skin left. Then cut the inside section of pineapple into 4 quadrants to make it easier to take out. 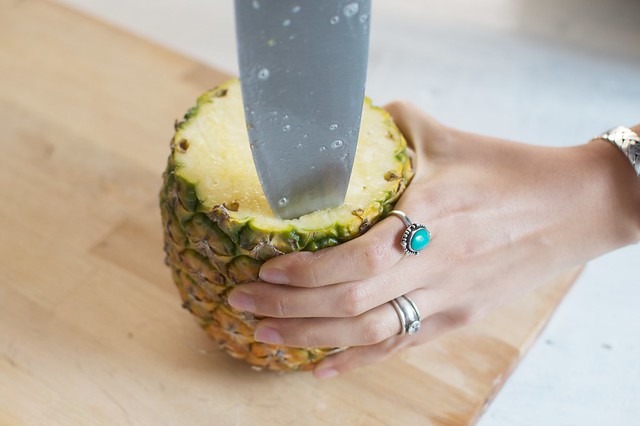 4.  Scoop out the pineapple. We found it worked to use the knife to soften up the inside of the pineapple so it would act a little like florist’s oasis when you put the flowers in. 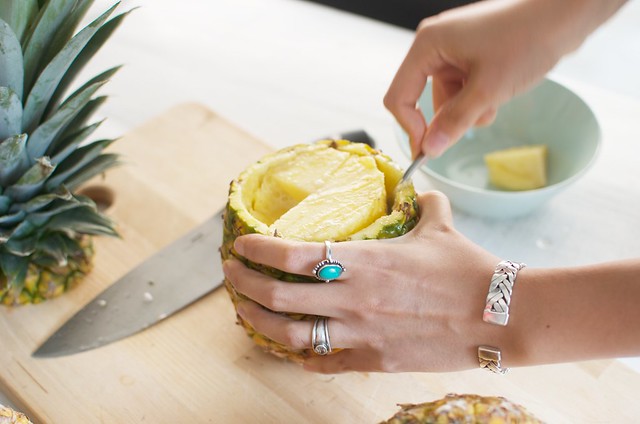 5. Then arrange your flowers! We just pretty much cut them all to the same length and pushed them into the pineapple base of the vase, the messier the better really! 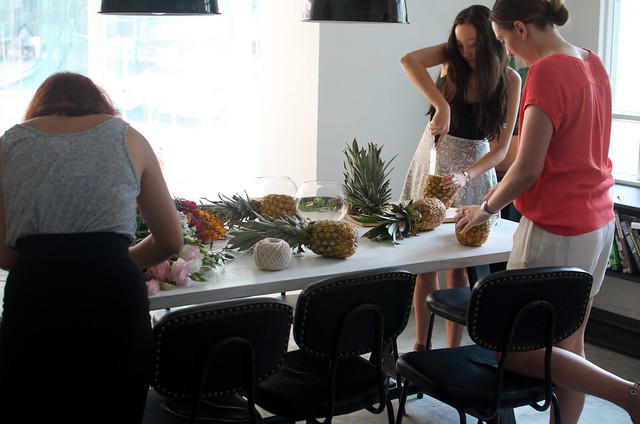 6. Once the flowers were in we added water so that they would last for a few days. 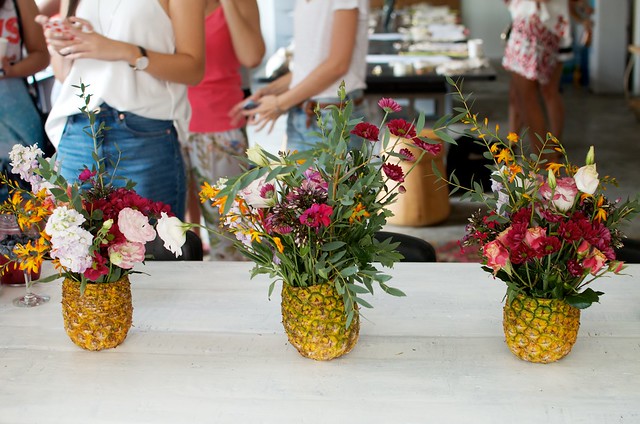 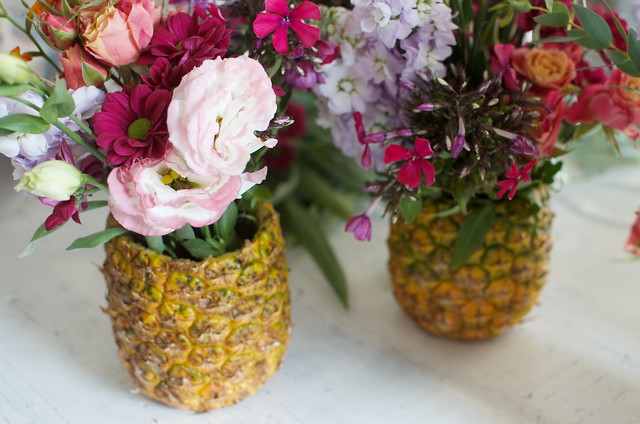