With the warm weather just around the corner (and a trip to Australia next week meaning it’s even closer!) we’ve been dreaming of summer foods – pinning fruit salads and icy cold drinks. After hosting the event for Nespresso a few week ago to celebrate the launch of two limited edition coffees (more about that here), I came back to the studio well equipped with coffee, and thought why not step up our meeting beverage game: with this spiced iced coffee. Inspired by the Mexican origins of the coffee (and the weaving technique), we added a hint of cinnamon, chilli and a dash of chocolate. We used coconut milk because I love the flavour, but you can use any type of milk you like. Here’s to a productive brain storming session! 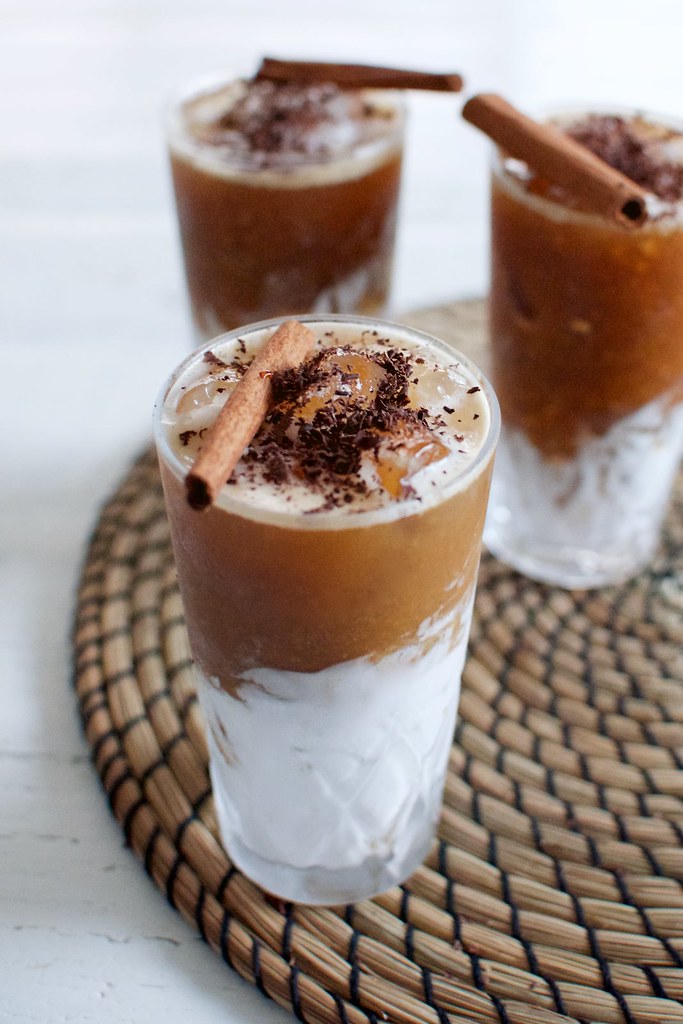 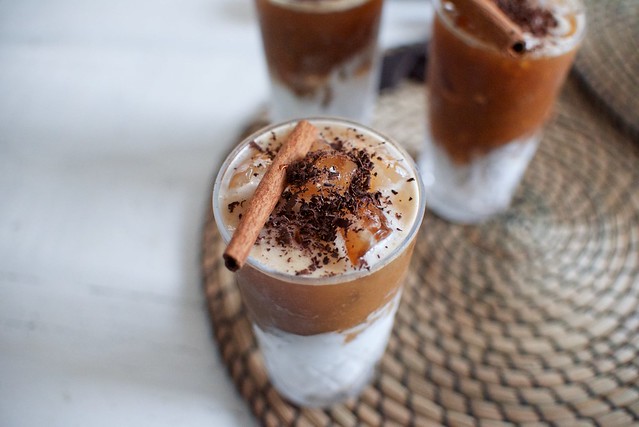 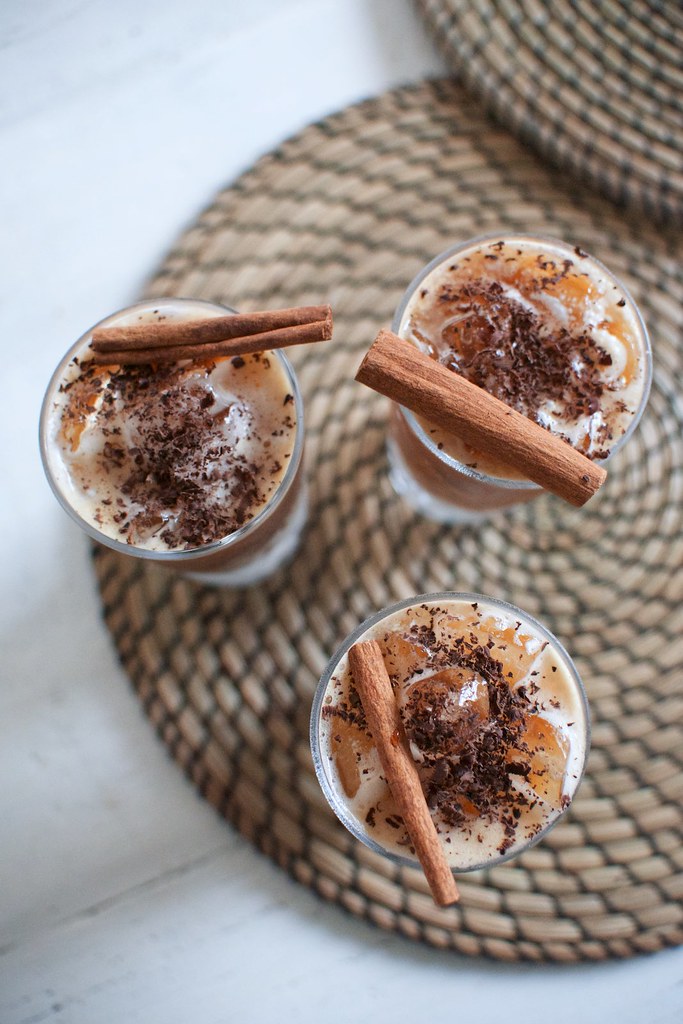 1. Brew your fresh coffee in a separate cup.
2. To your fresh coffee add a pinch of cinnamon, a pinch of chili powder (to taste) and some grated chocolate. Stir to release the spiced flavours, whilst trying not to break up the crema too much.
3. In your serving glass, add the coconut cream and then ice.
4. Carefully pour the spiced coffee into your serving glass.
5. Add grated chocolate and a cinnamon stick to garnish. Before & After: Quick Asymmetrical Skirt