Speaking of bucket lists, I’m so happy to have recently ticked one item off mine. Learning traditional basket making!

As you’re probably aware, for me this year has been all about creative travelling, doing and learning more when I travel rather than just solely seeing. It might sound obvious but I’ve found that you can really immerse yourself in a culture when you delve into their traditions, crafts and techniques. Even just one lesson or craft during your trip can change your perspective entirely. And yes it takes time to organise and track down these experiences, but it’s so worth it. To me anyway! Anyway, I’ve been dying to learn traditional basket making for so so long, and was ecstatic to be invited to do it with a Na, a local village woman and teacher when I visited Dhara Dhevi in Chiang Mai. Read on for some pics and a few details of what we did. 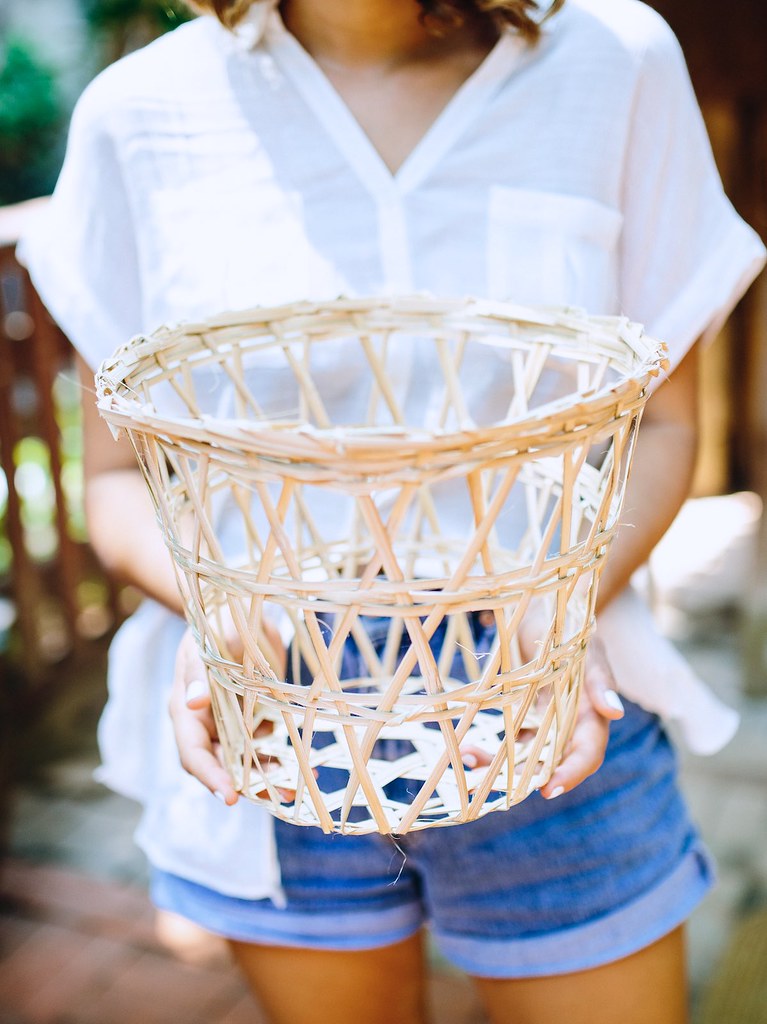 Turns out, making a basket in the traditional way is very (very) complicated. Not that I thought it wouldn’t be, but I was surprised by the time and physical labour involved. I guess I shouldn’t be surprised that a traditional craft is hard, people used to work so much more for the fruits of their labour than we do now (we’re all like: wtf, no wifi?!). It took us over an hour to make one of these bamboo baskets, and by the end my hands were actually bleeding. I kid you not. But I would definitely make one again. Just byo bandaids.

Alas, there were so many small details and techniques involved that doing a detailed tutorial of this would take about 350 photos, so instead I thought I would share with you the broad steps we took. I’ve been working on a simplified tutorial in the studio, and will be sharing that soon!

The first step was to get 2 metre long pieces of thin bamboo and begin weaving the base of the basket. This involved weaving a hexagon shape with double pieces of bamboo and then weaving in another layer of bamboo (in effect creating a small and a large hexagon/diamond shape) so we had a solid woven base. 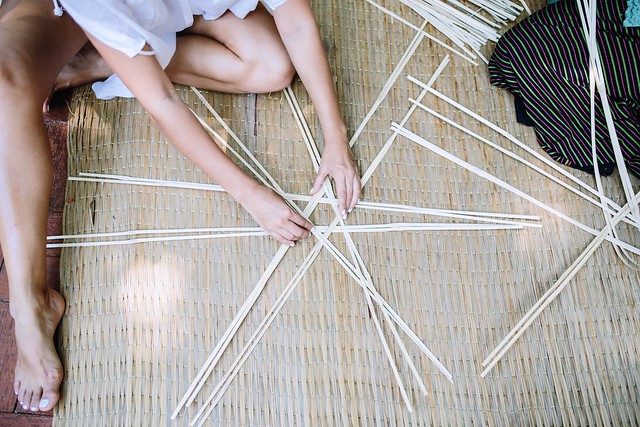 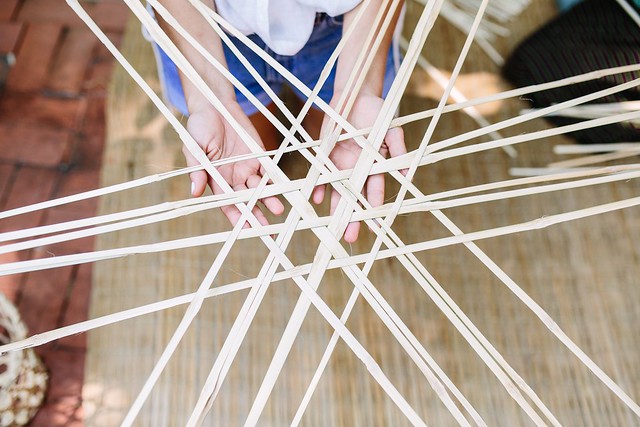 Next, we took a a piece of bamboo and wove it around the bigger hexagon in a circular shape to reinforce the round bottom of the basket and delineate the base and the sides of the basket. 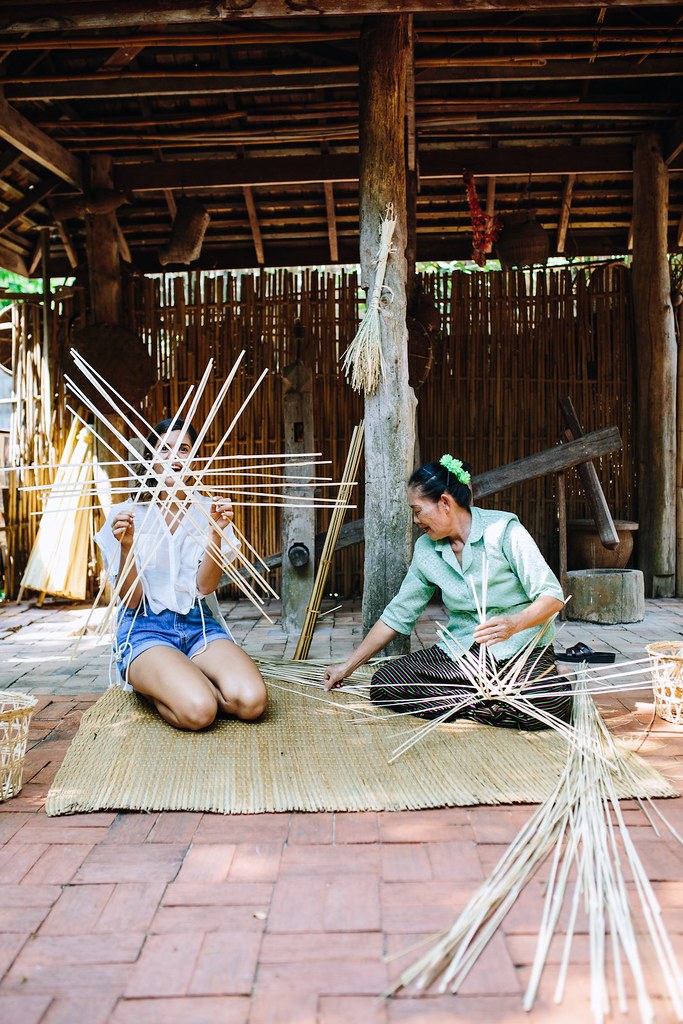 After we had the base in place, we folded the bamboo up all the way around, to creating a cylinder. Na showed me it was easiest to do this my attaching it to a previously made basket as this would hold it in place. In fact, first you fold the bamboo up and then fold it back down to hold the basket shape in place… So many little details to make this one come together! 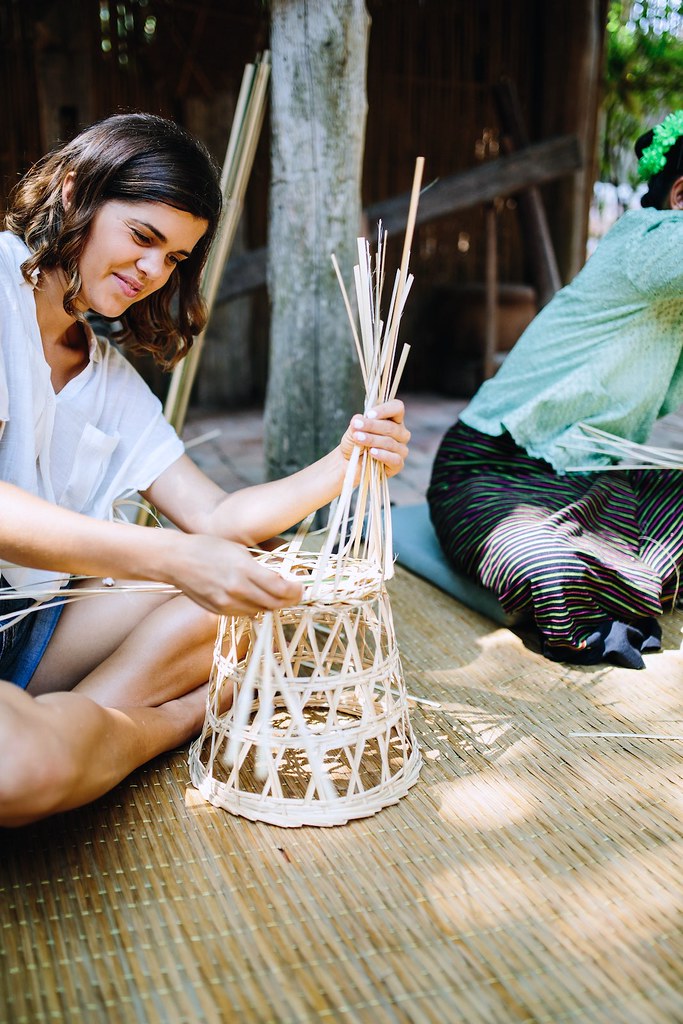 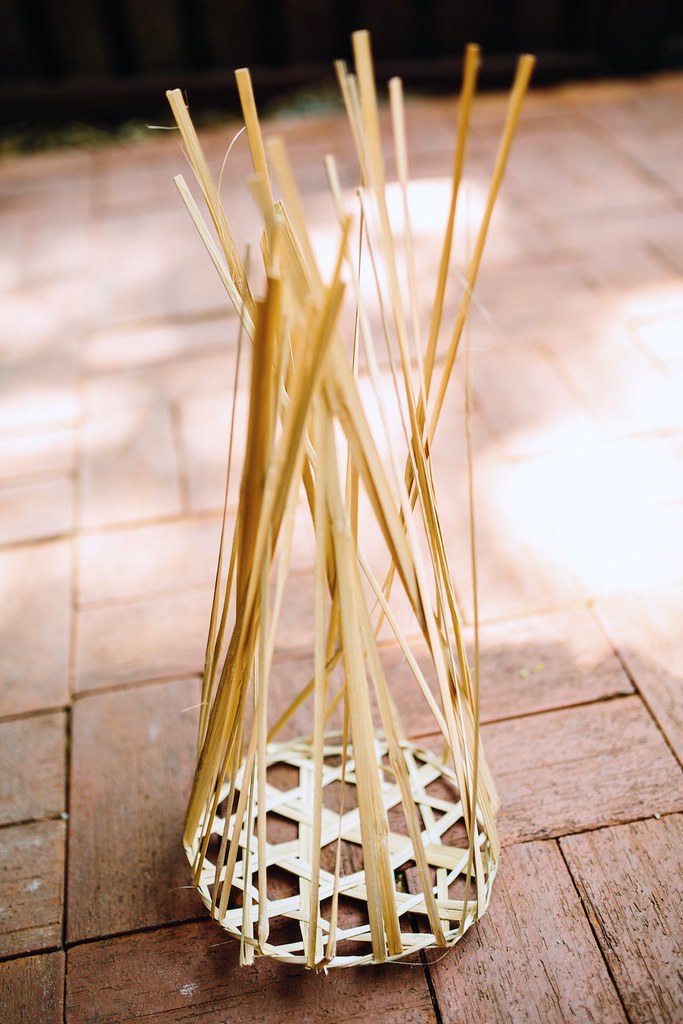 After we folded the bamboo down to create a basket shape (Na showed me how to use another basket as a guide), we started weaving the layered structure around the basket, these are the two rows of bamboo that run horizontal to the rest of the basket and give it structure. 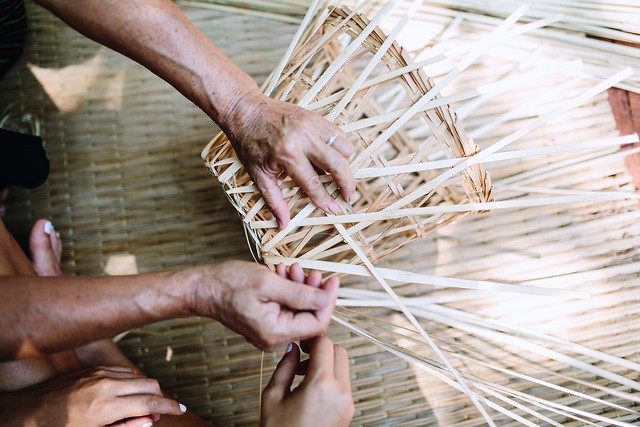 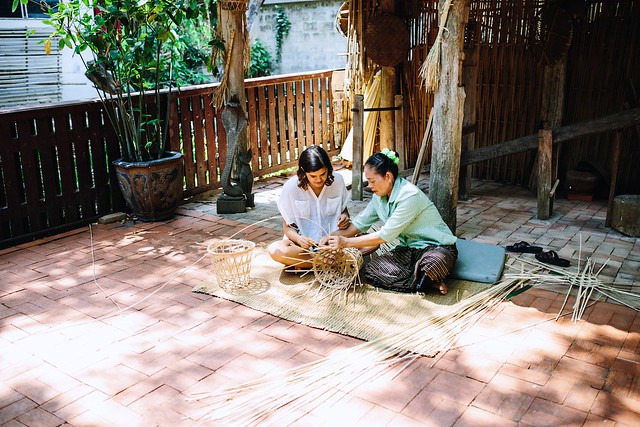 Finally, another layer of horizontal weaving is created, this time folding the bamboo ends in to create a nice decorative edge. I felt so lucky to have such an experienced and lovely teacher! I wish I could have stayed a week and learnt all she had to teach me. 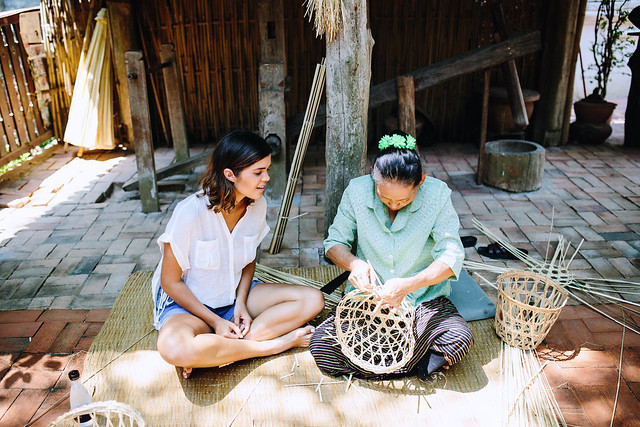 It was 42 degrees in the shade, I was dripping with sweat (Na hadn’t cracked even the tiniest bit of sweat!) but I was incredibly, stupendously happy. I brought the basket home and am using it as planter. 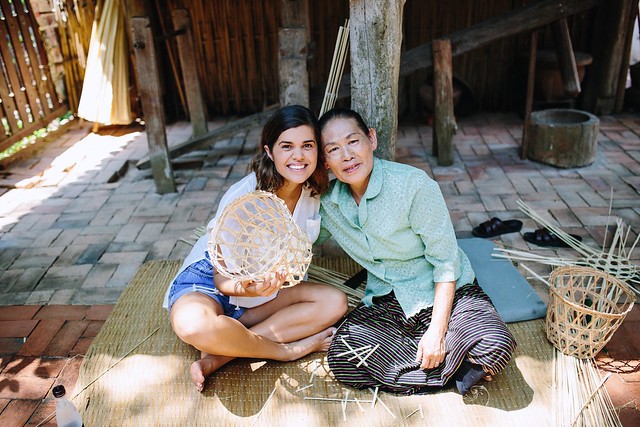 Big thanks to  Dhara Dhevi for organising such a lovely lesson!

On the subject of travelling creatively, I’d love to hear if you have any recommendations of places I can go to learn about traditional crafts and techniques. Making mud cloth in Mali is on my list… Any others? 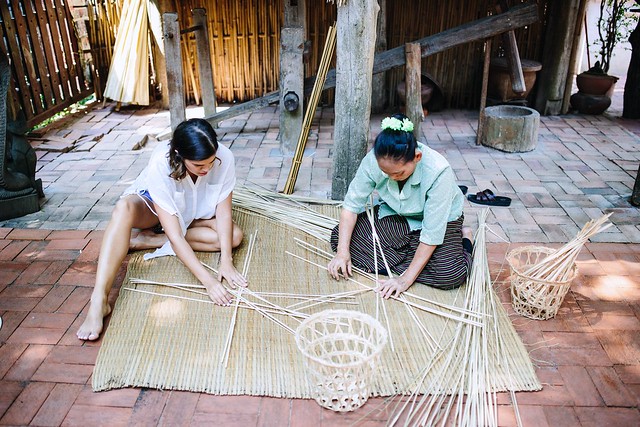 What's In My Bag (That Powers My Creativity Everyday)

The Beautiful Art of Block Printing Textiles in India

If there’s one place that’s on my bucket list, it’s India. But...

A Guide To Ubud Art Markets