Helllloo from down under guys! Phew I’ve been here there and everywhere recently, but who can complain about a few weeks in Australia just as the weather is warming up? Not me. Today I wanted to reply to a question a few of you have asked in the past, in relation to what my workout routine is. In truth up until a few ears ago I used to work out half heartedly and, let’s be honest, irregularly, but as many of you will know as you get older it becomes totally, completely (unfortunately) necessary to sweat it out on the regs. Now days exercise is a key part of every day, as much for my creativity and mental state as it is for my attempts to procure a bubble butt…  The guys over at Calvin Klein recently launched a great new performance wear collection, and asked me to share some insights into how I stay motivated. Instead of boring you with the (potentially) mundane details of my workouts, I thought it would be useful to share 5 rules that have helped me make exercise and working out central to every single day… I’m pretty much at the start of a journey towards abs and that bubble butt (and am as far from being an expert as can be), but these little rules – that I follow most of the time- are definitely helping! In the past I used to work out three times a week. Not bad right? The problem was that choosing the off days would often get confusing and I would get lazy and by the end of the week I’d often only done one or two workouts…. Something about having a choice of which days I went made it easy to flake out: ‘I’ll go tomorrow’ inevitably helped to justify staying on the couch… every day. At the start of this year I decided that the only way to get around this was to commit to doing some sort of work out every single day. No days off. Except maybe Sunday. That might sound extreme and maybe it is, but I’ve found that by committing to do something everyday – a circuit class, a hike, pilates or whatever – I’ve managed to, most of the time, move on from that ‘I’ll do it tomorrow’ thinking. Even just a walk around the block! The key for me is about variety, mixing it up so I don’t burn out or lose enthusiasm completely.

I used to randomly go to classes, decide half an hour before and also often flake out half an hour before (I was really  good at being too busy haha). Since I decided it was time to get my act together, I have found that writing down what I’ll do for the coming week has become a key part of making sure I don’t flake out. There’s nothing better than a  little Monday – Sunday workout plan in my note book to make me focus better. Once I’ve done that,  booking classes or making arrangements with friends in comes easily… and thus less flaking!

Ok so this is something I read about when I was living in London, and 6 years later it’s still central to my whole exercise philosophy. And that is: going to the gym is great, but it’s the activity that you do during the rest of the day that sets the framework for getting/being  fit. This was a bit of a revelation to me at the time, because I always looked at going to the gym as the key factor in getting into shape, but once I focused on being generally more active those gym sessions started working so much better. I know this is totally common knowledge these days (the iWatch tells you when you’ve been sitting of too long and apple like to say ‘sitting is this era’s smoking) but at the time it was new news, and it’s something I often still need to remind myself about now and again. I think about it like this: if I can get to 10,000 steps in a day (not that easy it turns out) and also do some sort of work out, I know I’ve ticked off both the formal and informal activity (the sweet spot for getting fitter). And if I get really lazy and skip a class, I figure that at least being active keeps me at a baseline. Obvious things like taking the stairs, walking to the next station or having flat shoes so you can walk home became routine when I worked this out (helping me lose that Heathrow injection) and I try to remember them now too.

Doing something everyday is only tolerable if a decent chunk of that working out is done outside where I can. You’ll probably have seen from my Instagram hiking (or, ahem, walking) is one of my great loves, and I usually won’t go a week without one or two hikes, even when it’s cold or rainy. It helps having a pup who loves the forest just as much as I do! It’s kind of obvious but getting outside to work out makes it not like a workout at all. When you add friends and wine at the end into the equation you get a pretty appealing combo. 🙂 I know it’s tricky in winter but if I can I do.

Comfort is absolutely key for me when it comes to work out gear, which is where I have learnt to spend a little more on my outfits than just throwing on anything I can find. It’s hard to get into that circuit class when the seam in your yoga pants is cutting you in half, right? It’s important to look good too (I do really work or harder when my outfit is nice) but for me that’s secondary to feeling comfortable (luckily the new CK range is all about both!). 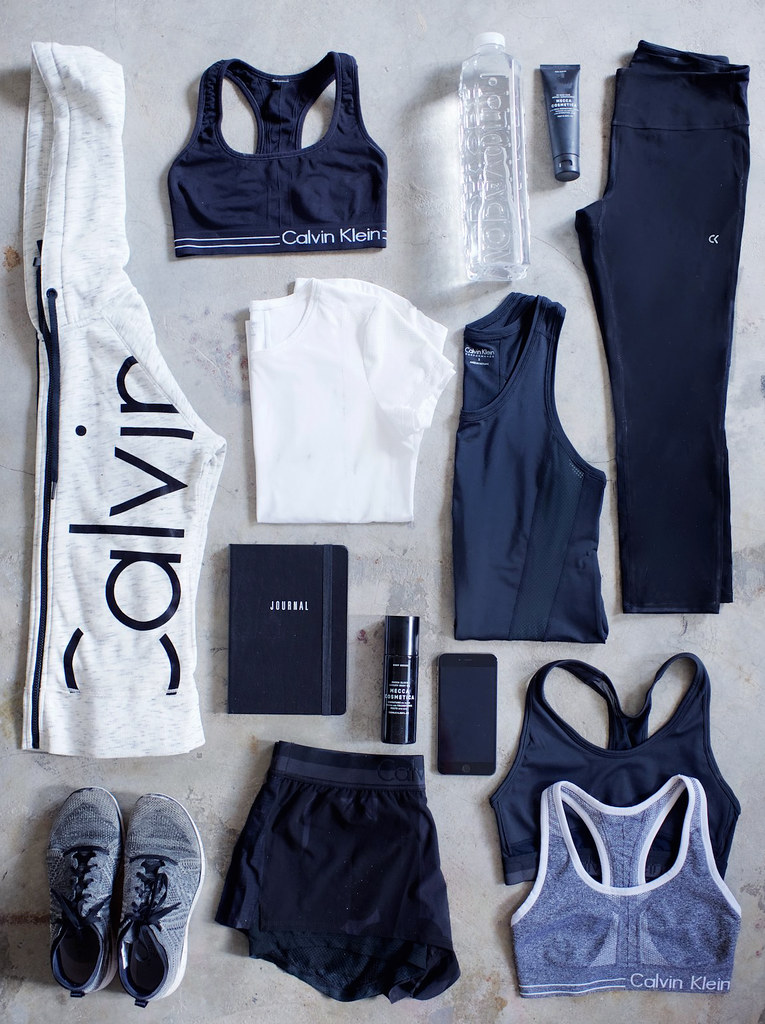 Currently wearing all the new Calvin Klein performance pieces – their crop tops are great if you’ve got a fuller bust. #justsayin 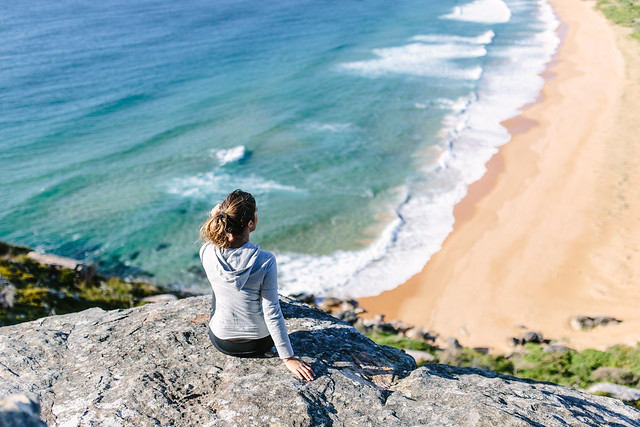 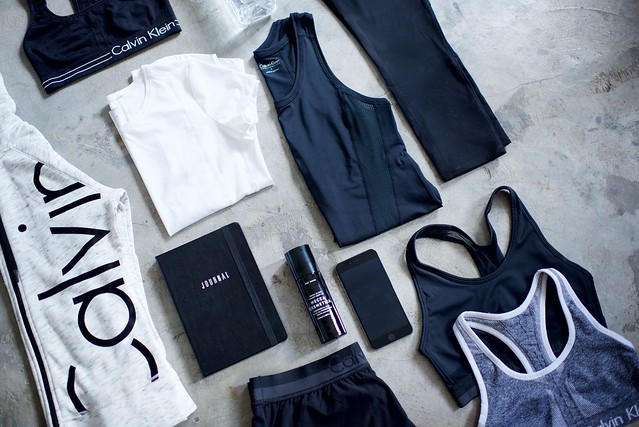 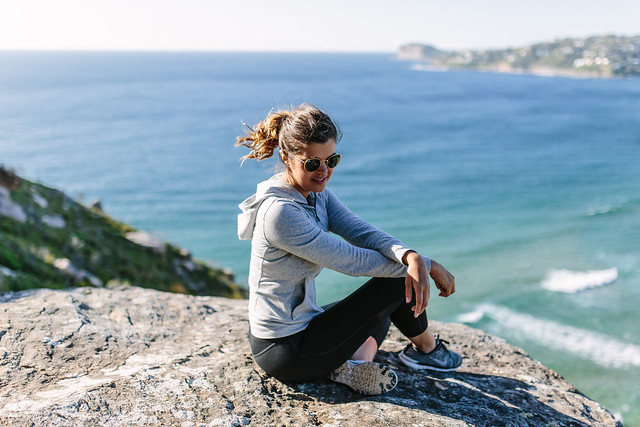 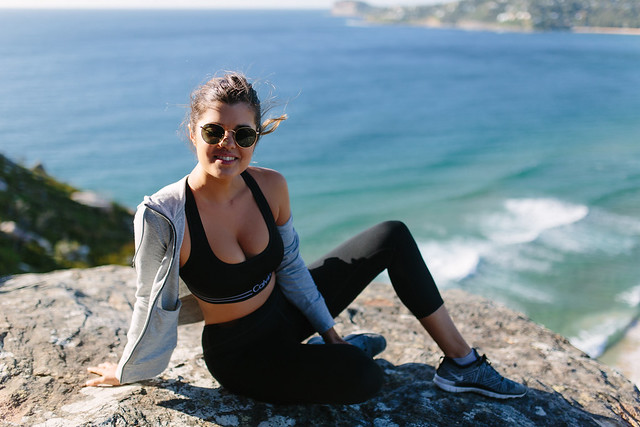 Have you guys got any tips or rules that you try to stick to?

This post is in collaboration with Calvin Klein. Photos by Nicola Lemmon. A Quick Guide to LA

How to Adopt A New Healthy Habit (And Stick To It!)

Hey guys! Welcome back to the Healthy Habits Series! As I mentioned...

How to Stay Healthy When You Travel (Without Ruining Your Holiday)

Taking time to Timetable (Plus A Free Workout Timetable Download!)