On Sundays I usually take a few hours in the afternoon to get organised for the coming week. Unless I’m feeling super lazy (in which case I’ll veto in favour of some couch time) usually this means planning blog posts, tidying up a bit and just generally getting my ducks in a row. It’s become a bit of a non negotiable in my week actually – pity the fool who bothers to invite me to their Sunday afternoon BBQ! One thing I love to do during these afternoons is some cooking for the week, making a few healthy treats that will help stop me from eating corn chips when I’m feeling like a snack. This granola is one of the things I regularly make, it’s so incredibly easy and tastes delicious. I’ll have it for a quick breakfast or eat a handful in the afternoon. It’s gluten free and pale too for all you healthies out there. 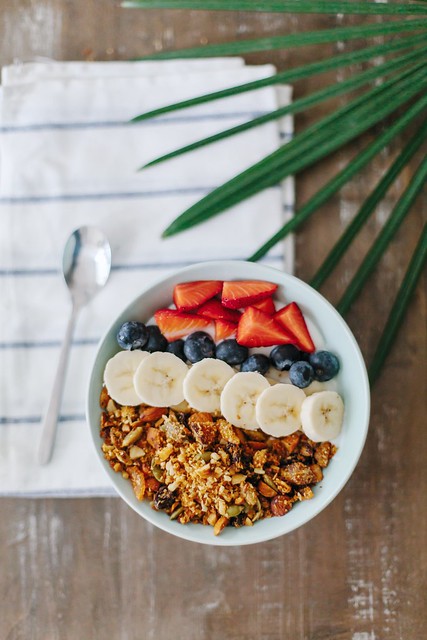 The best thing about this recipe is it’s something I just kind of make using the things I have in the cupboard, a bunch of different nuts and dried fruit, mixed with shredded coconut and moistened with a touch of honey and coconut oil. Feel free to get creative with the ingredients because in my opinion it’s super flexible and adaptable!

1. Chop the bigger ingredients like the nuts and dried fruits into pieces the size of gravel.

2. Put those in a big bowl and add all your other dry ingredients. Mix together well.

3. Add your honey and coconut oil. Have a taste and see how sweet it is, you can add more honey if you like.

5. Place a layer of greaseproof paper or alfoil onto a baking tray and then lay your mix out in a layer.

6. Pop the tray into the oven for 15 minutes at 180 Celsius (350 Fahrenheit). Keep an eye on it and when it starts looking light golden take it out and use a spoon to mix it all up.

7. Pop it in for another 5 – 10 minutes, making sure it doesn’t burn! Once the top layer is light golden you can take it out. You’ll notice it will be a bit moist and soft, but don’t worry, as it cools it will become crunchy so it’s important not to overcook it. 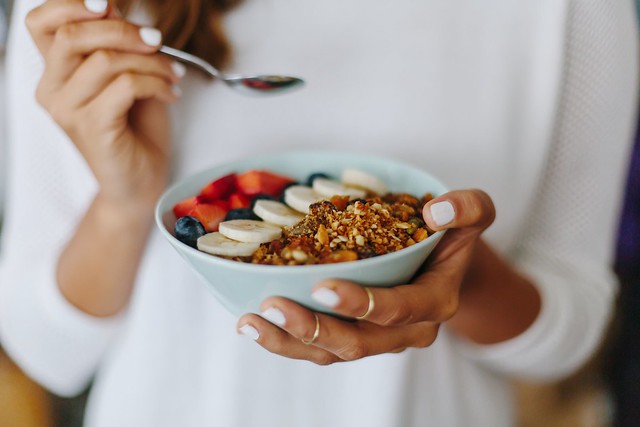 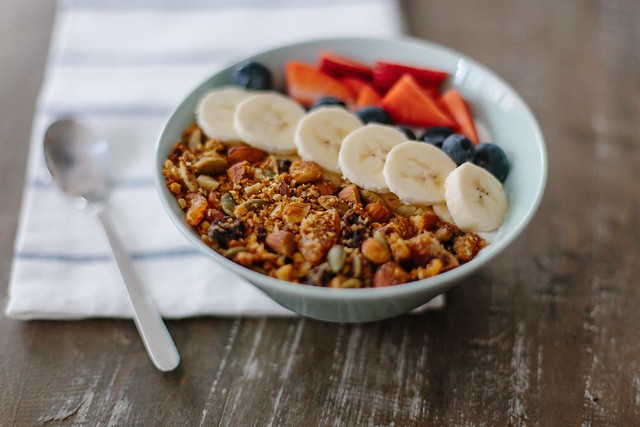 On another note, thanks to all of you who took the time to respond to my survey a few weeks ago. It helped me so much to understand you more. I’ll be sharing more on what you said soon, (we’ve got over 3700 response and counting!), but in the meantime I wanted to share this recipe – so many of you wanted more recipes here and there so I though why not?!

Harvest time! In case you wondered how my little Urban Eden...