A recent trip down under saw me introduced to the amazing Nodo (pronounced no dough), a crazy good cafe and bakery thats makes gluten free and raw doughnuts. After eating one of their creations (ok, two in fact) I must say, they’re absolutely incredible and far removed from the often sickly sweet standard versions. With delicious whole ingredients like coconut, beetroot and chai, no gluten and a light cake like texture, they’re not a bad choice for your next treat yourself day. The owner (of both the premises and the best job around – doughnut taster!!) Kate, kindly shared a recipe for her famous Raspberry and Coconut Baked Doughnuts so you can make your own at home…. Yay! How good is it when you can have your cake and eat it too? 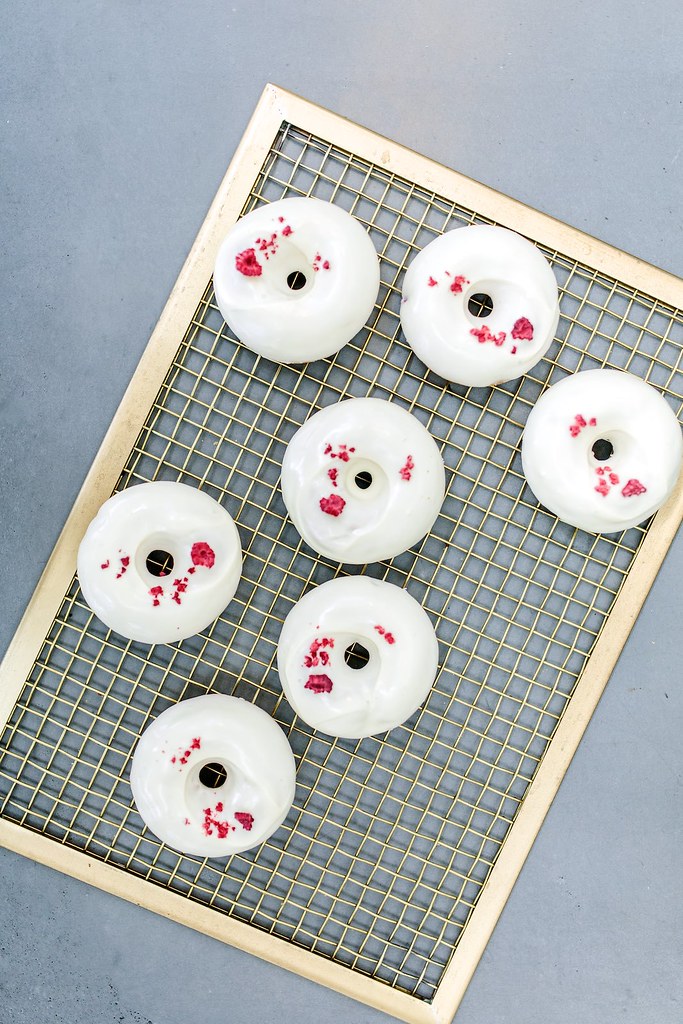 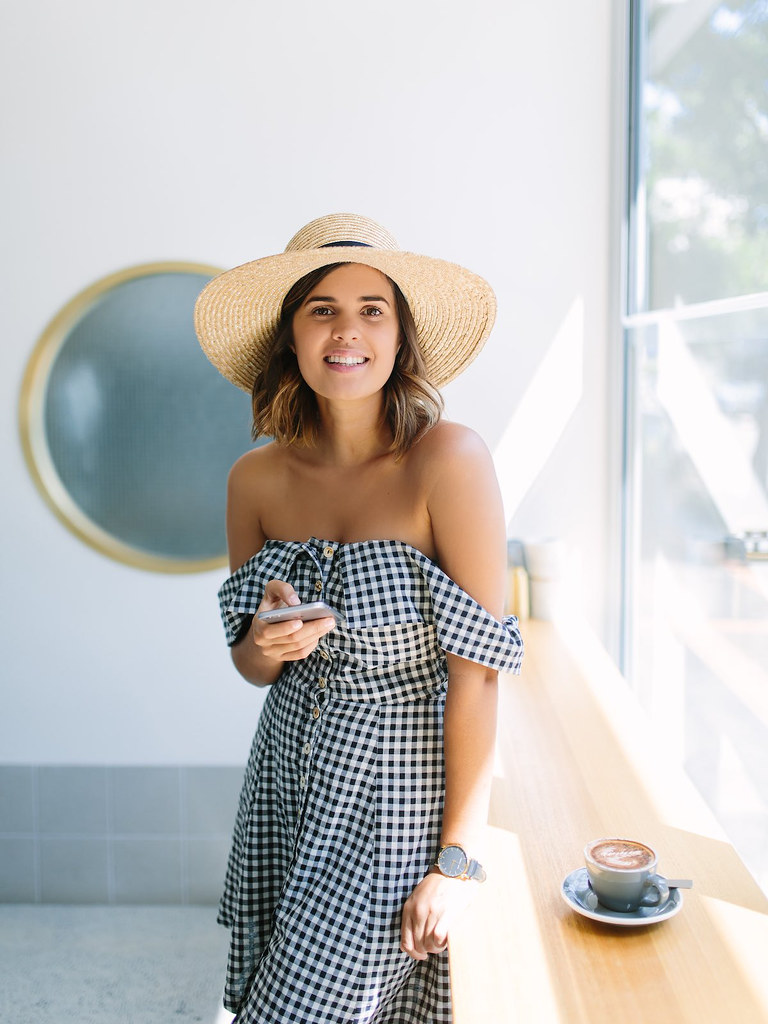 Dress by Paddo to Palmy 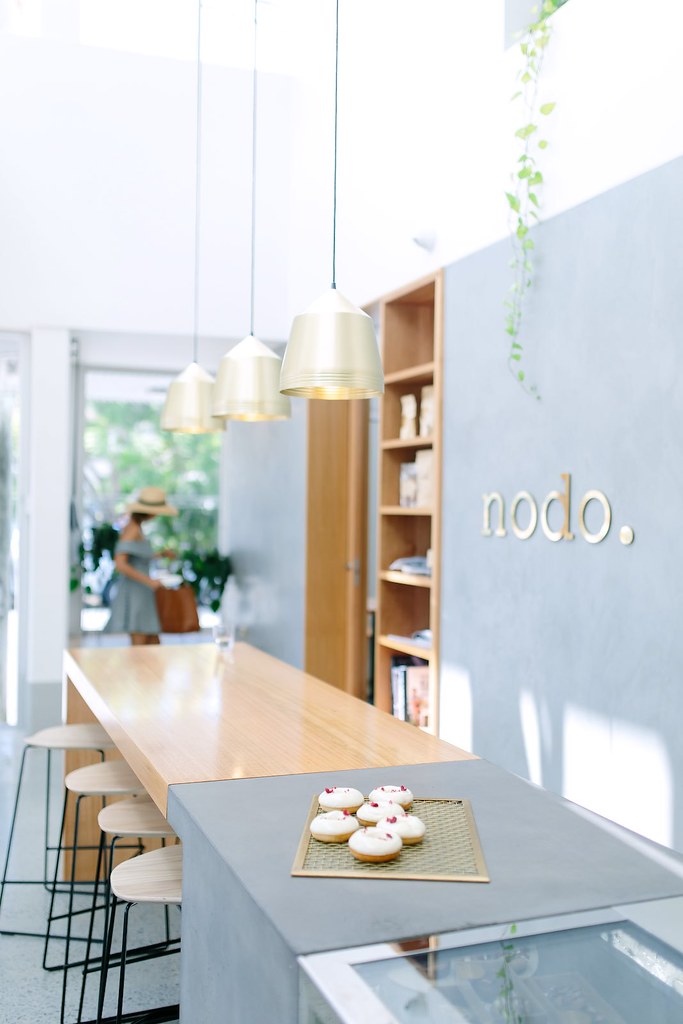 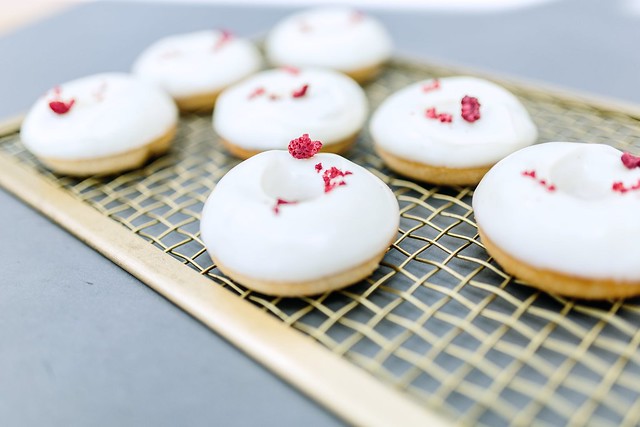 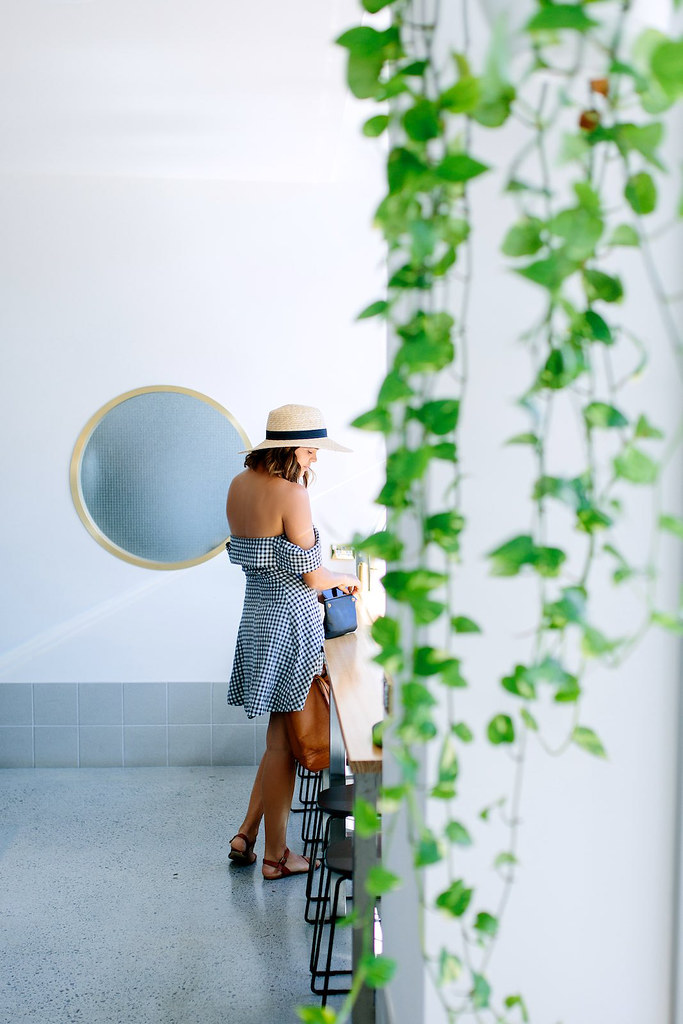 Andy how pretty are the interiors?!? 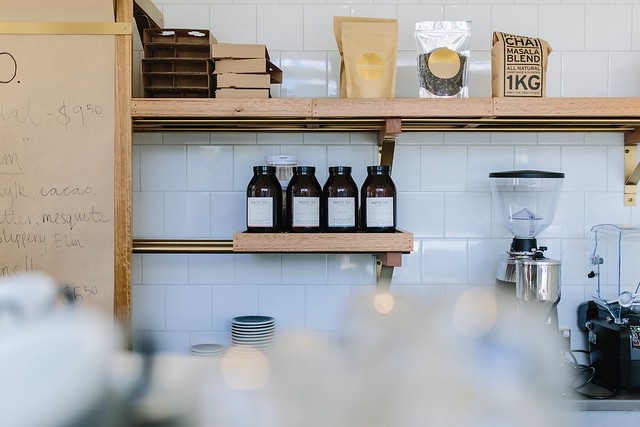 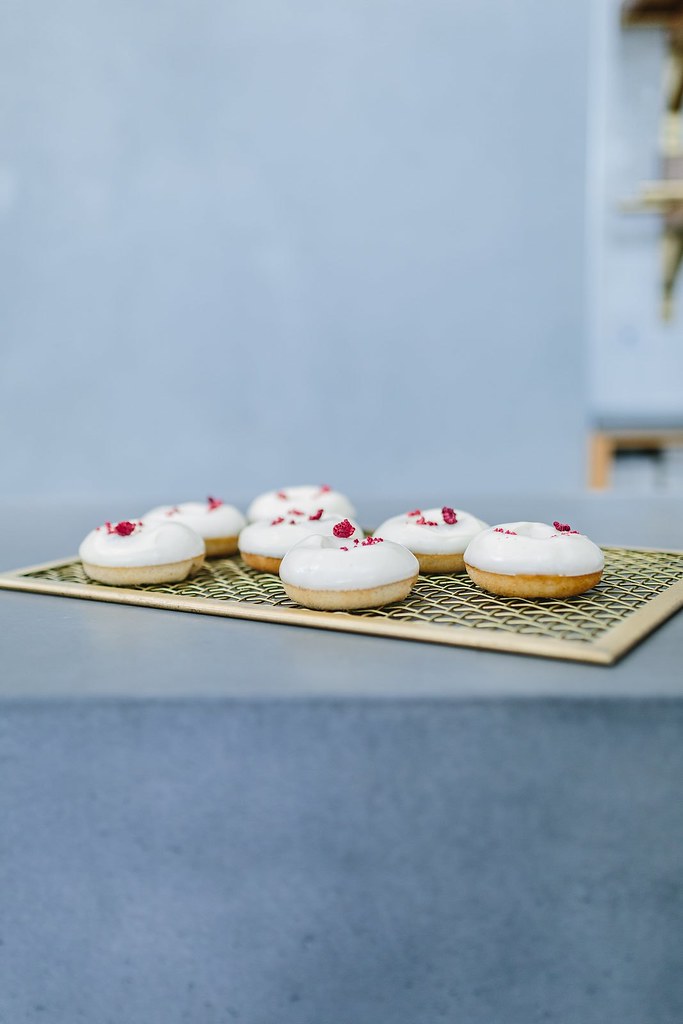 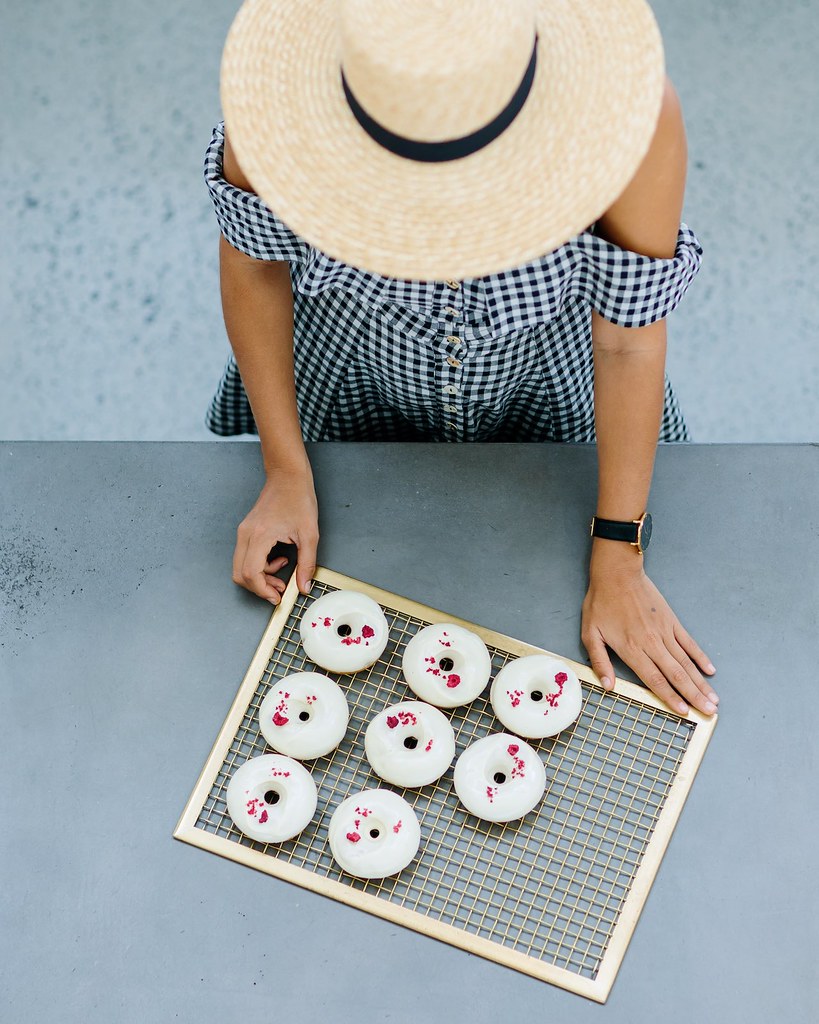 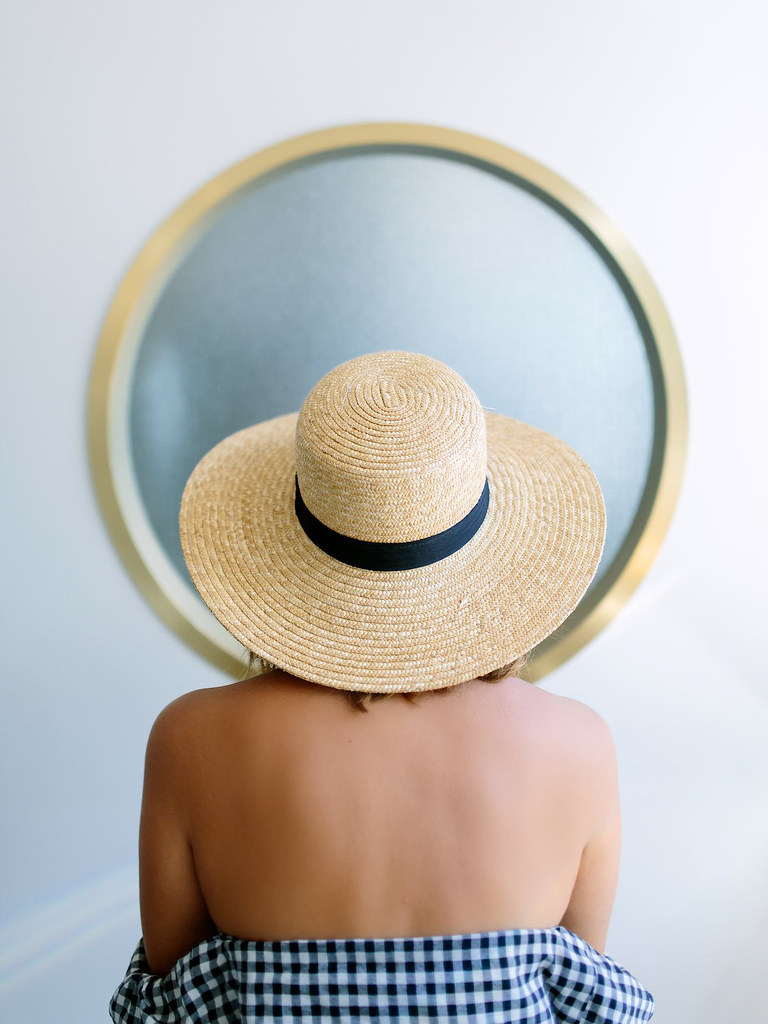 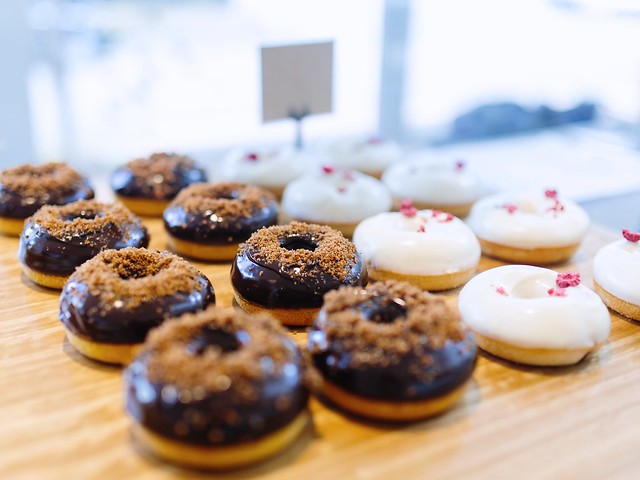 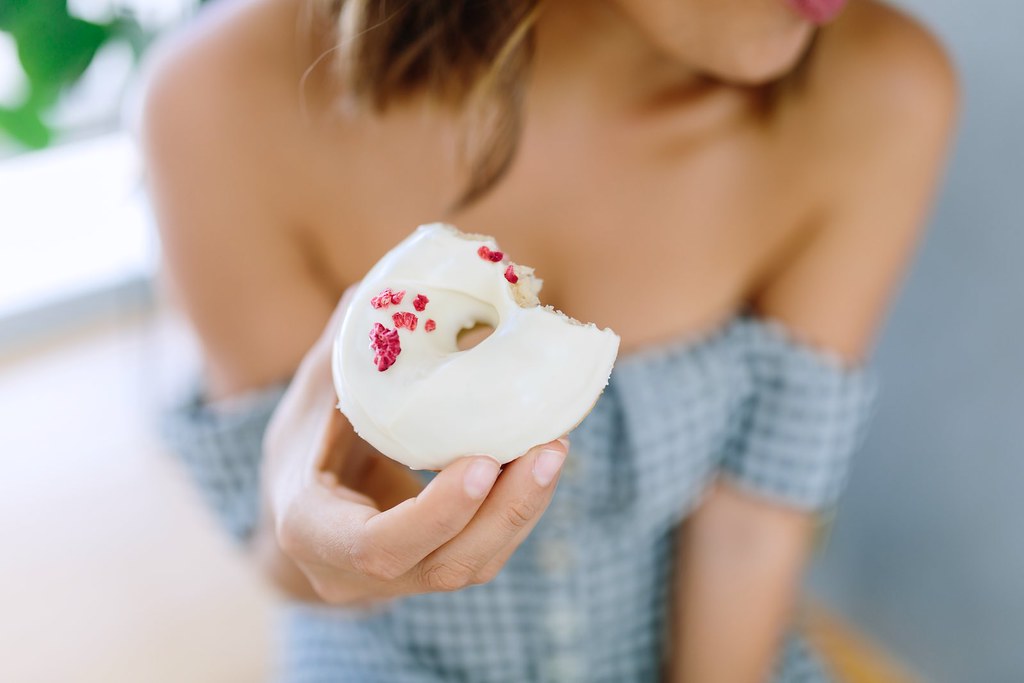 Ok ok you can probably see that these little nuggets of goodness do still have sugar in them, so it’s not like you’ll be able to eat one as a fullstop to every meal, but as a once in a while treat they’re pretty much guilt free!